7-Eleven Franchisees Are Concerned About Their Future

The relationship between 7-Eleven and its store owners has been deteriorating for years. 7-Eleven recently unveiled a new franchise agreement, which the company is applying heavy pressure for franchisees to sign by the end of the year. The new agreement will make it increasingly more difficult for franchisees to realize a profit for their hard work and dedication to the 7-Eleven system. Franchise owners are now facing an impossible decision regarding the future of their businesses and their livelihoods. 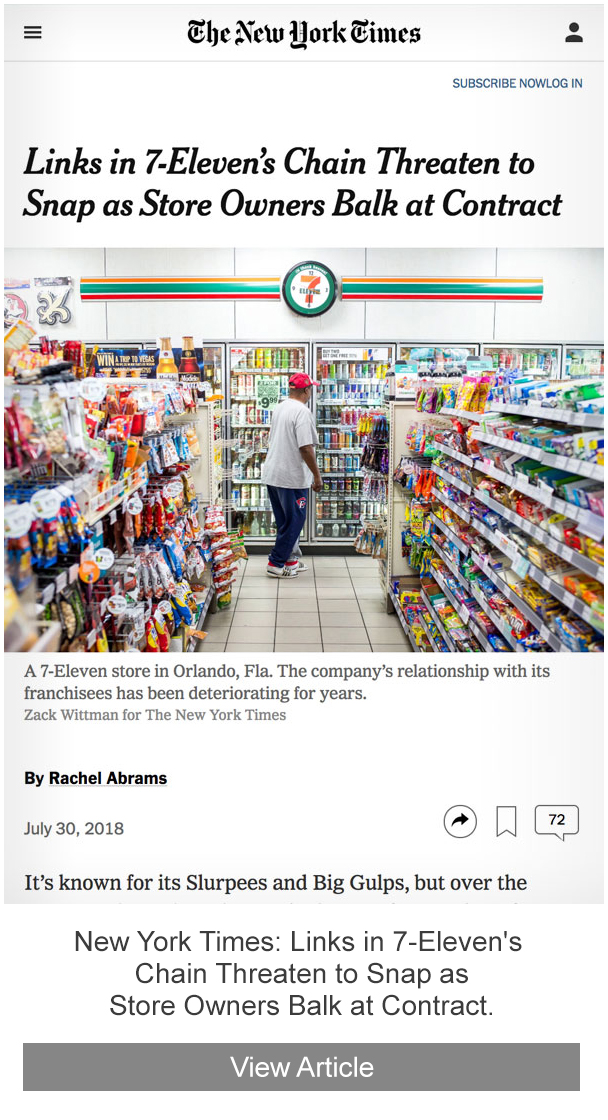 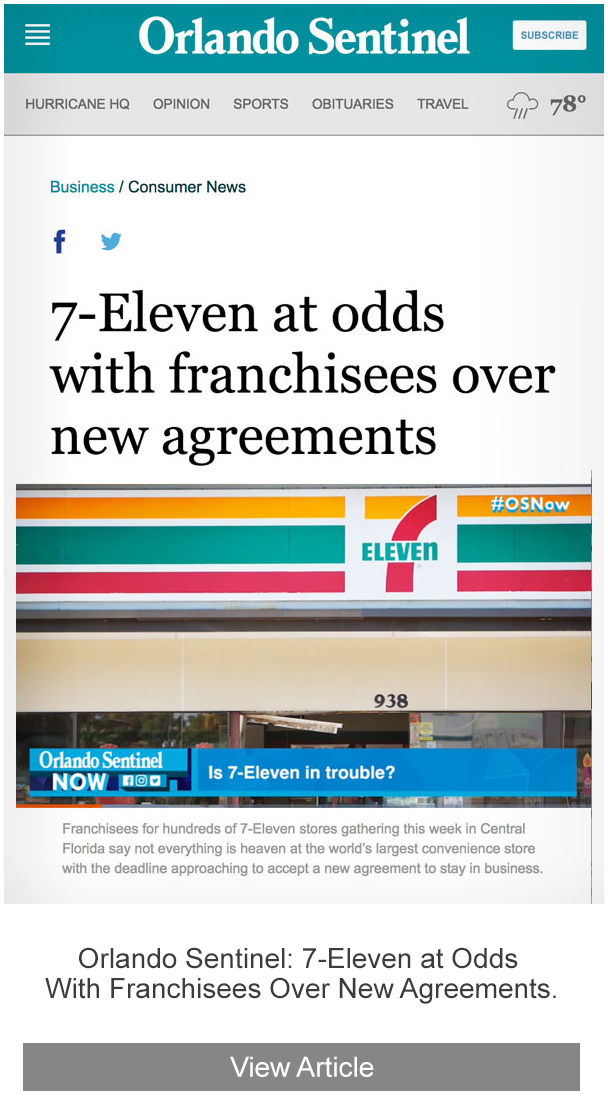 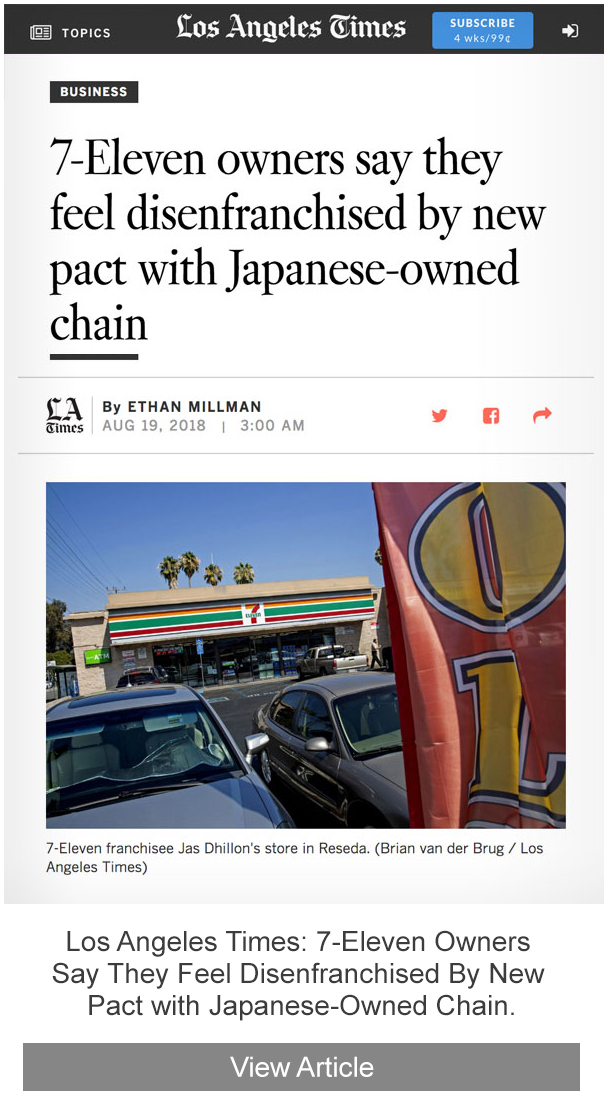 A new survey of 7-Eleven franchise owners shows the growing divide between the franchisees who operate 7-Eleven stores and their corporate management. This Franchisee Satisfaction Survey was sent to over 5,300 franchised stores. Evident in the survey results is an overall sense of mistrust in 7-Eleven corporate management as well as the belief that those in power do not have the best interests of franchise owners at heart.

Following are the questions and results: 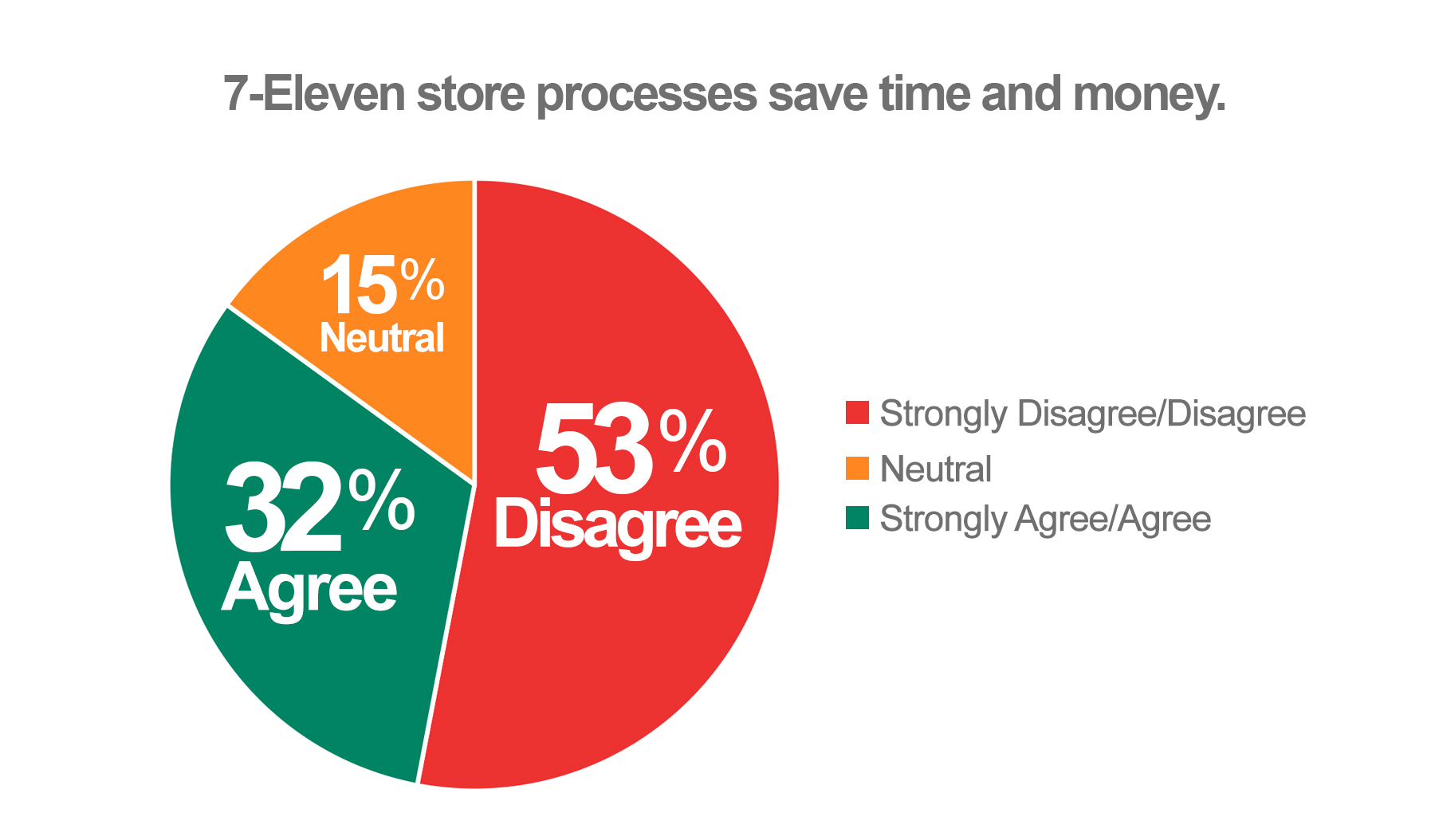 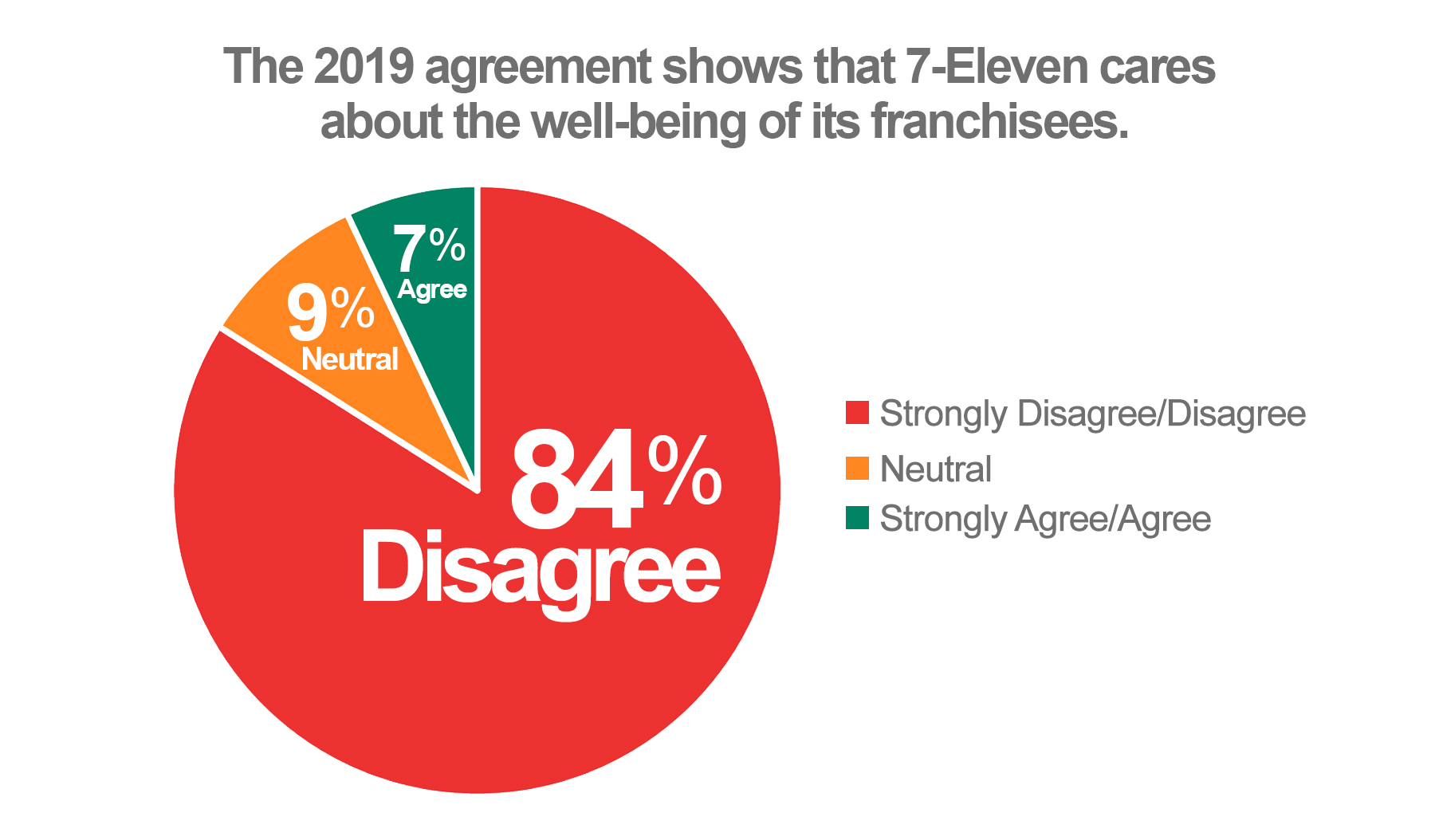 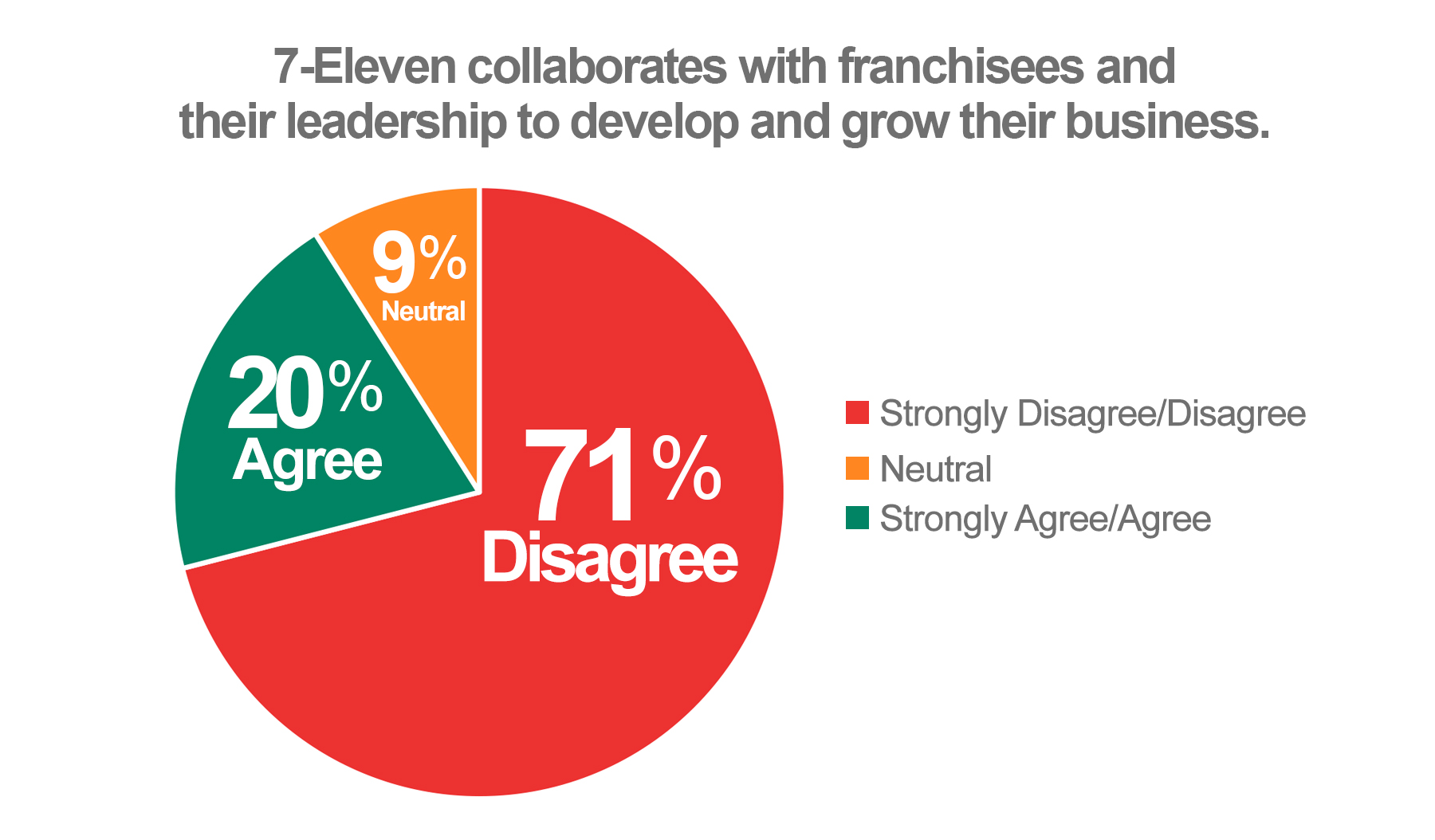 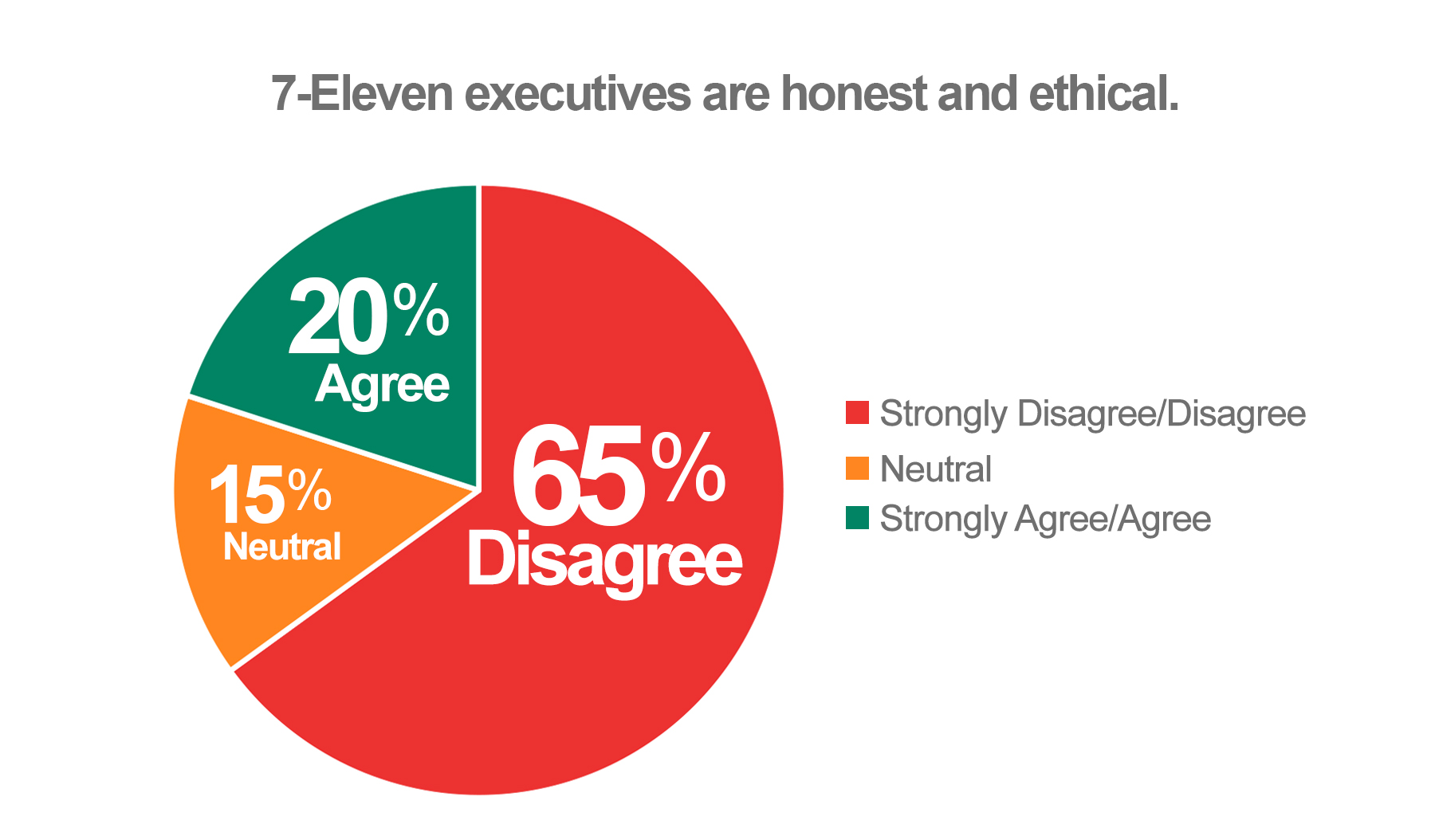 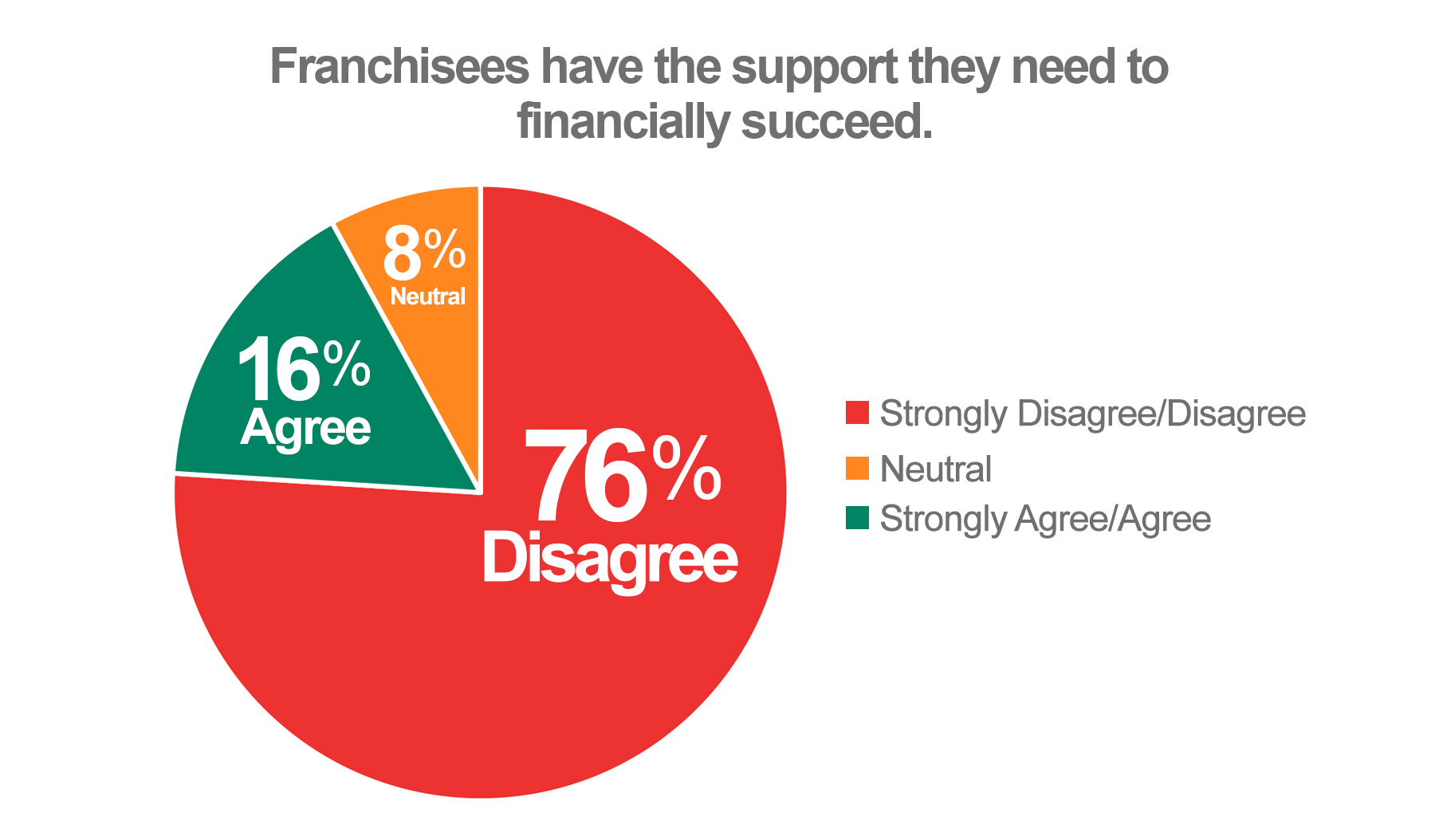 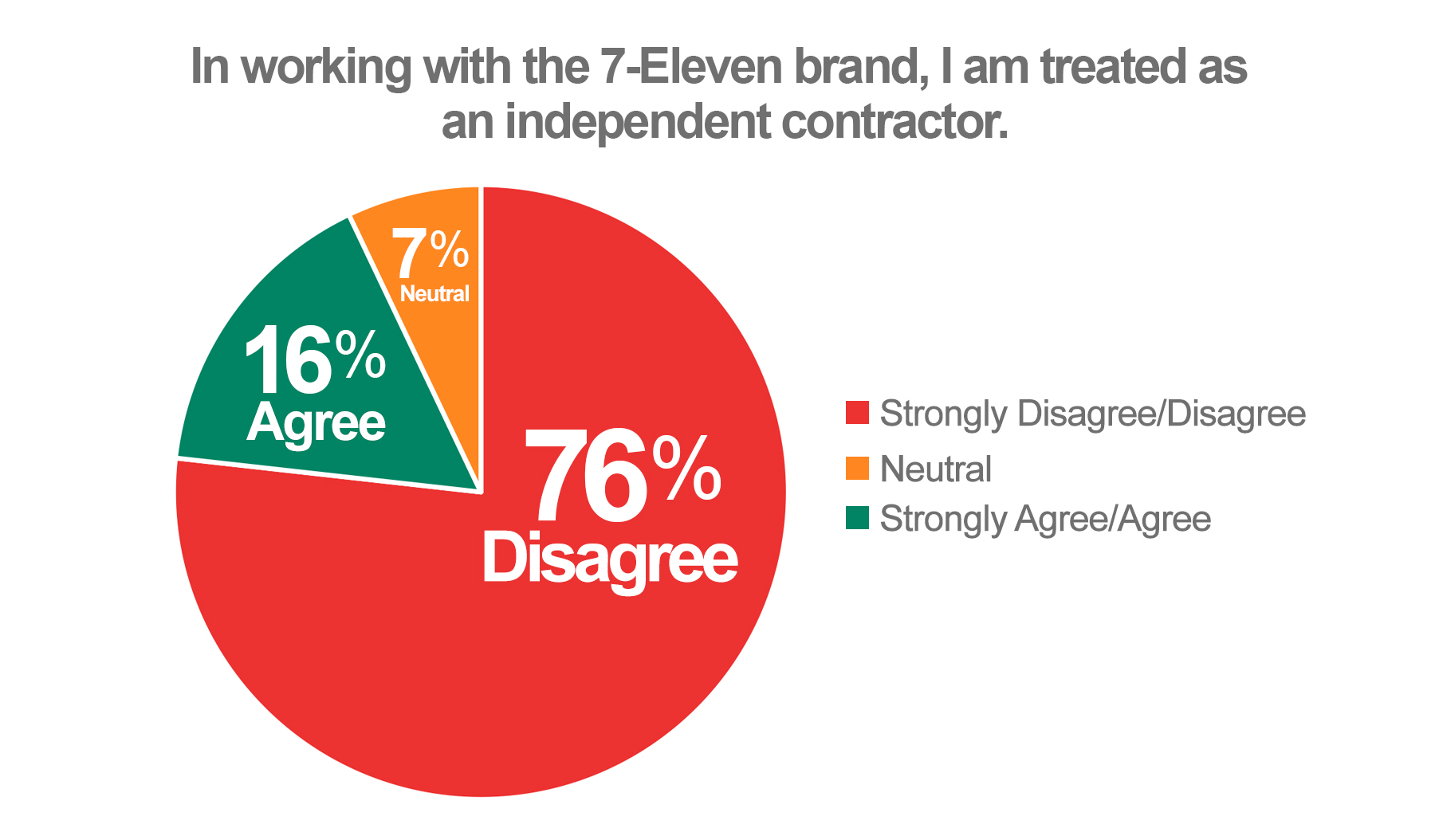 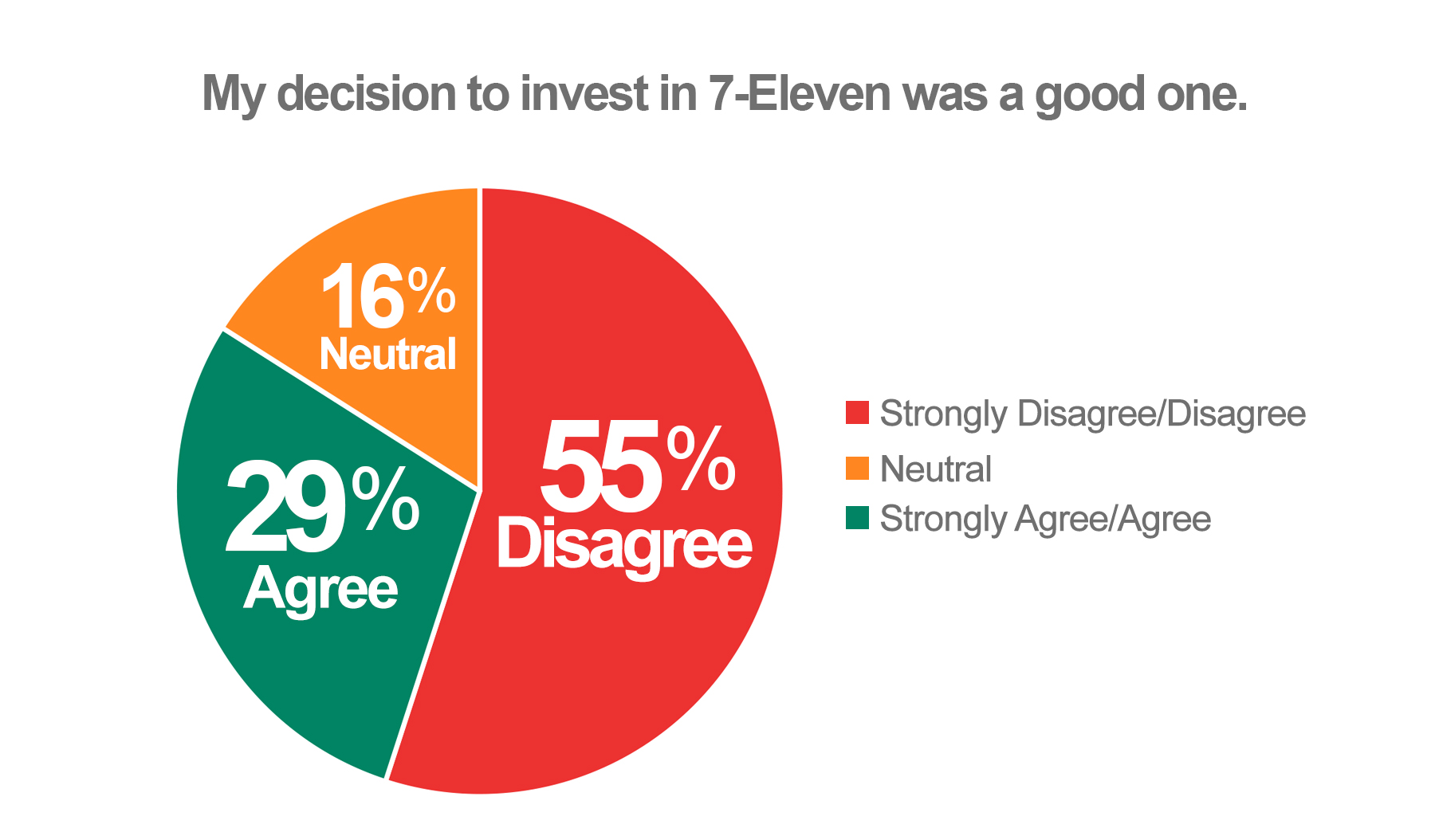 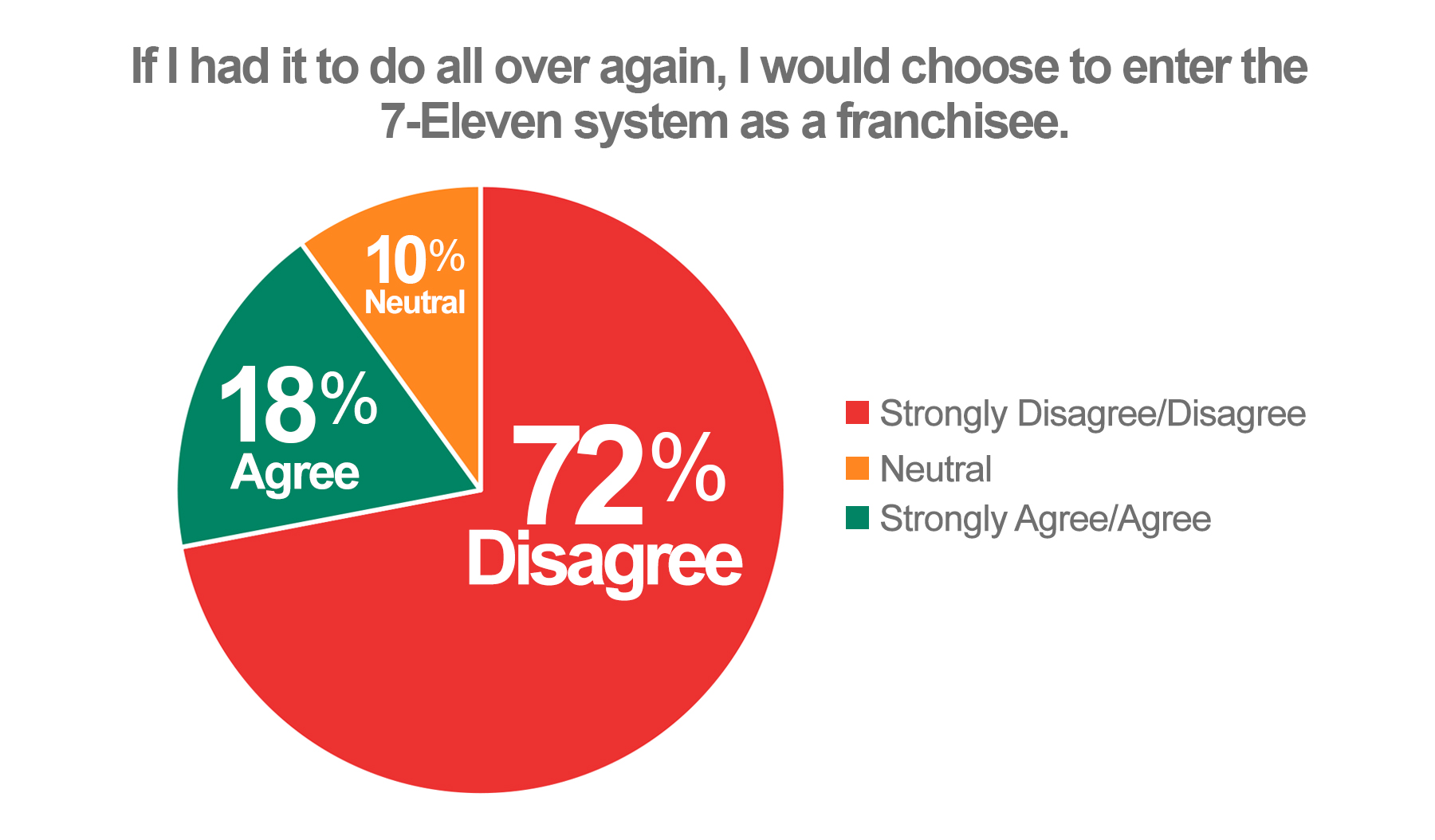 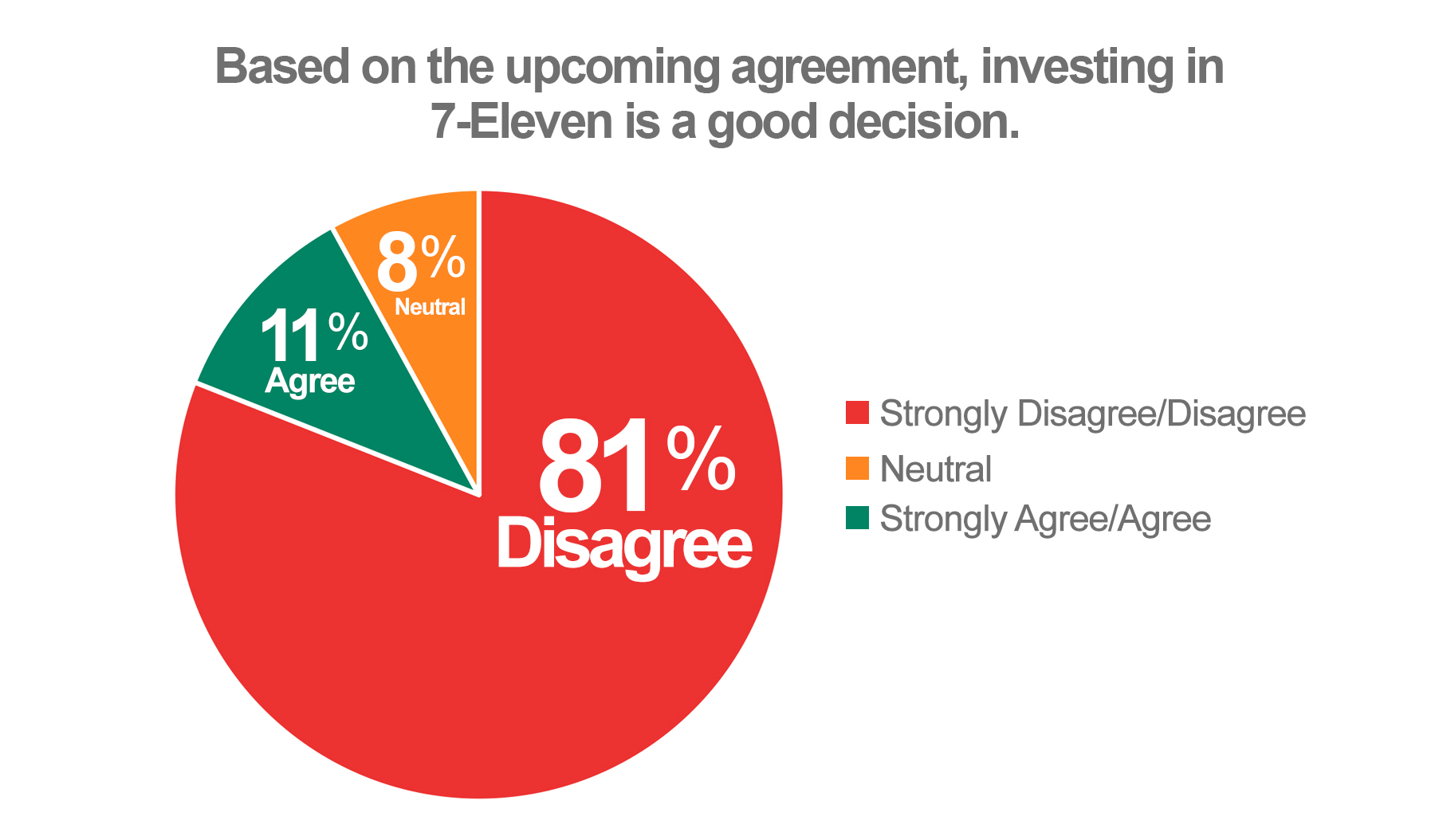 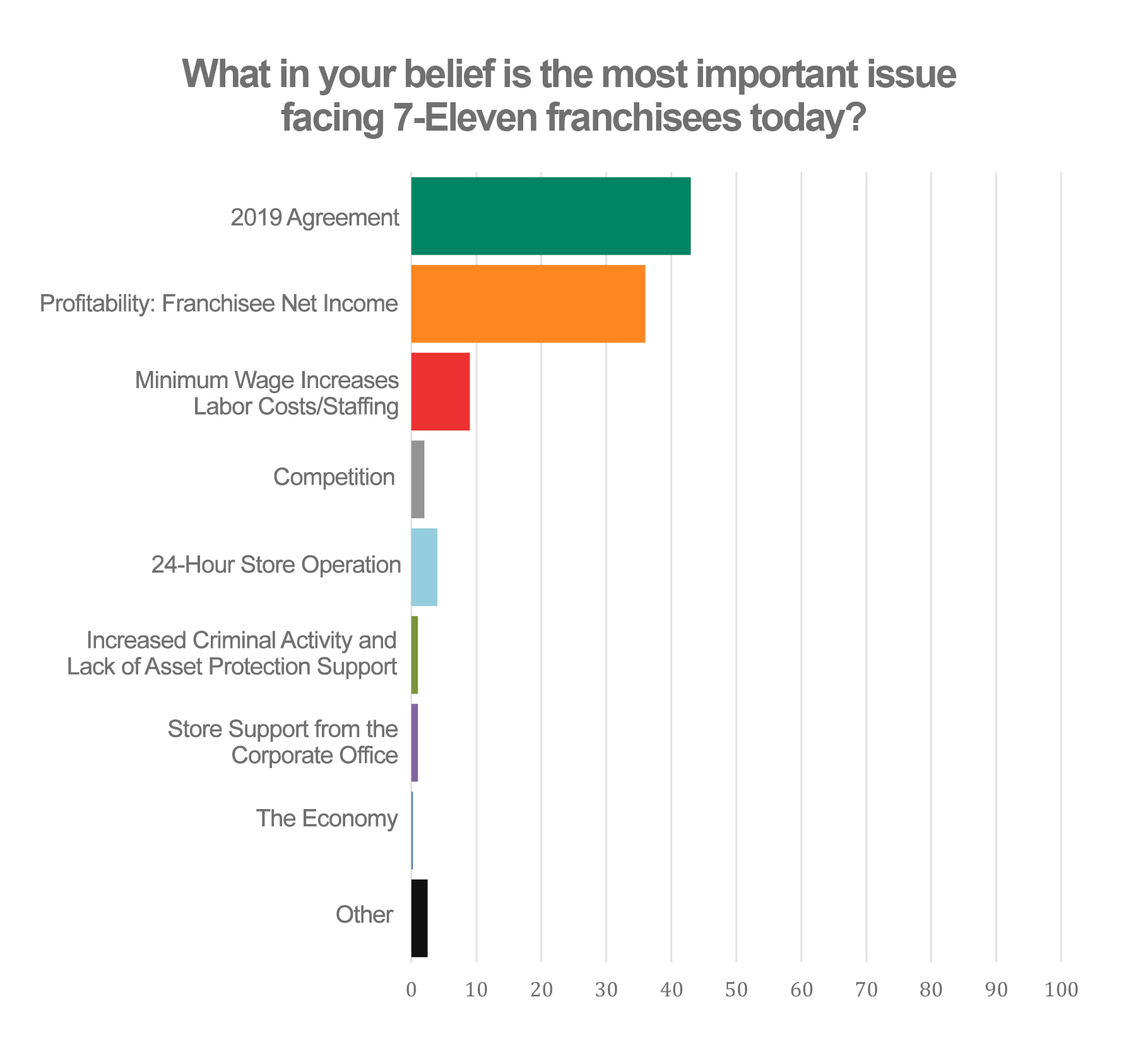 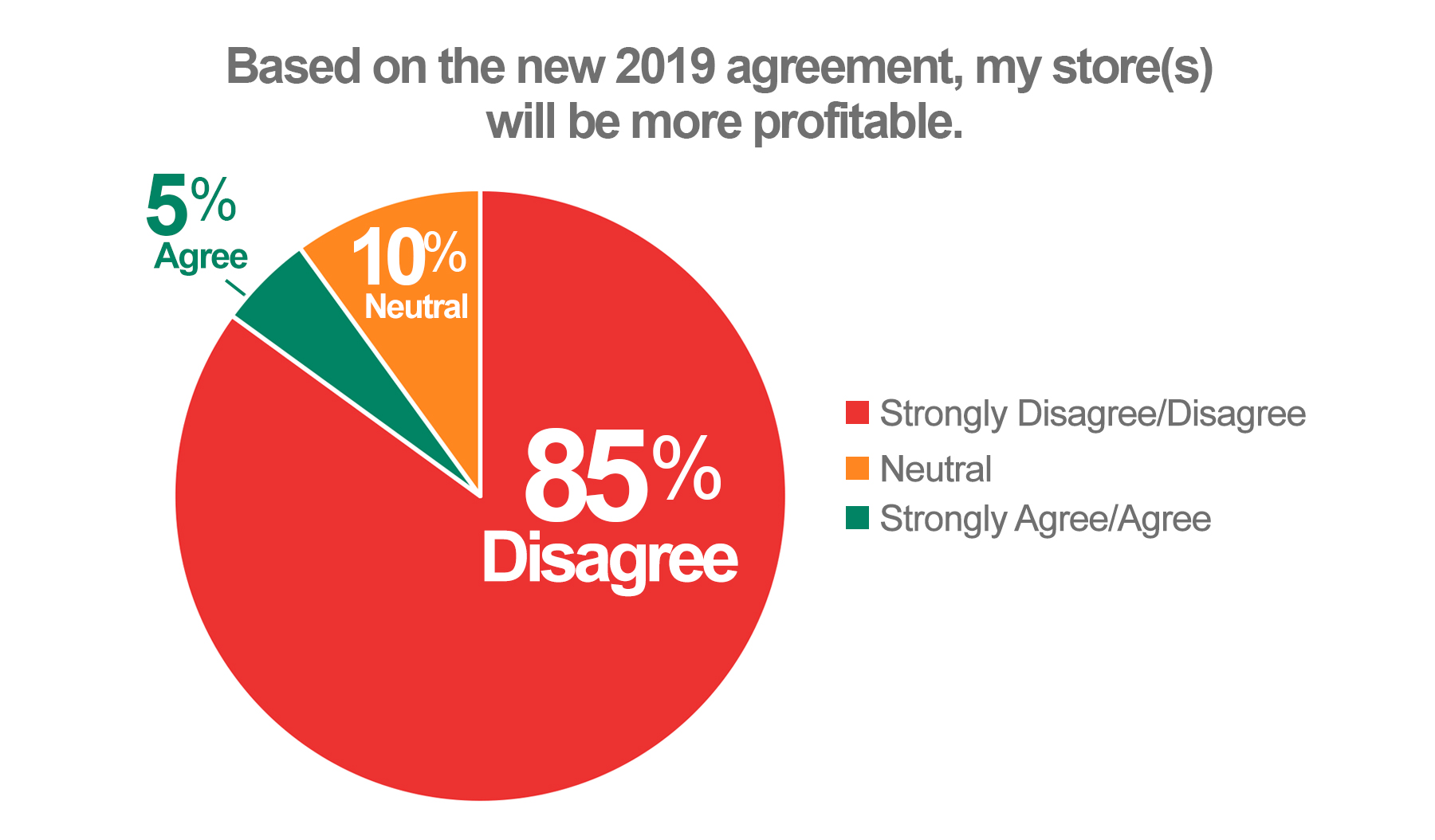 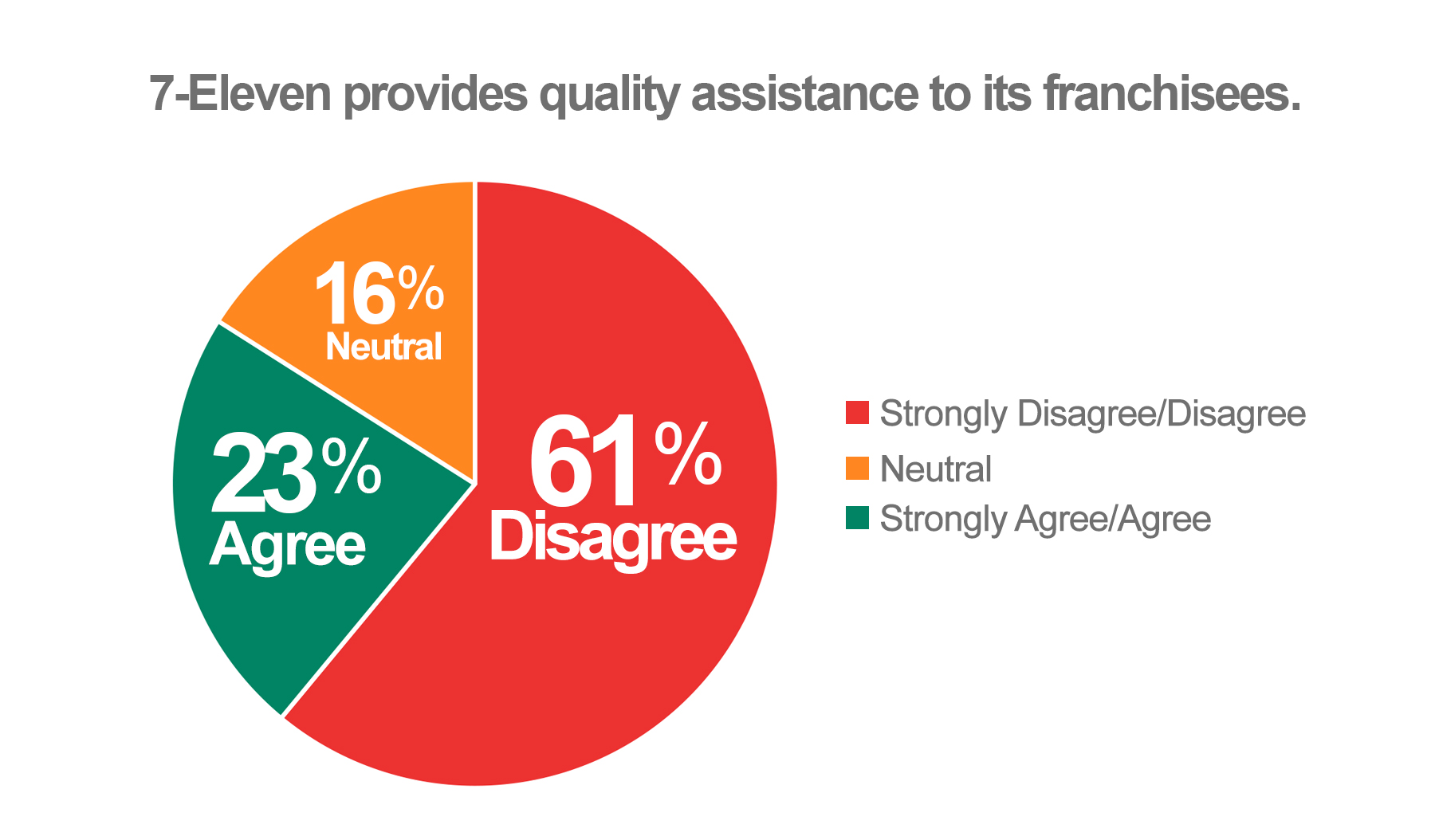 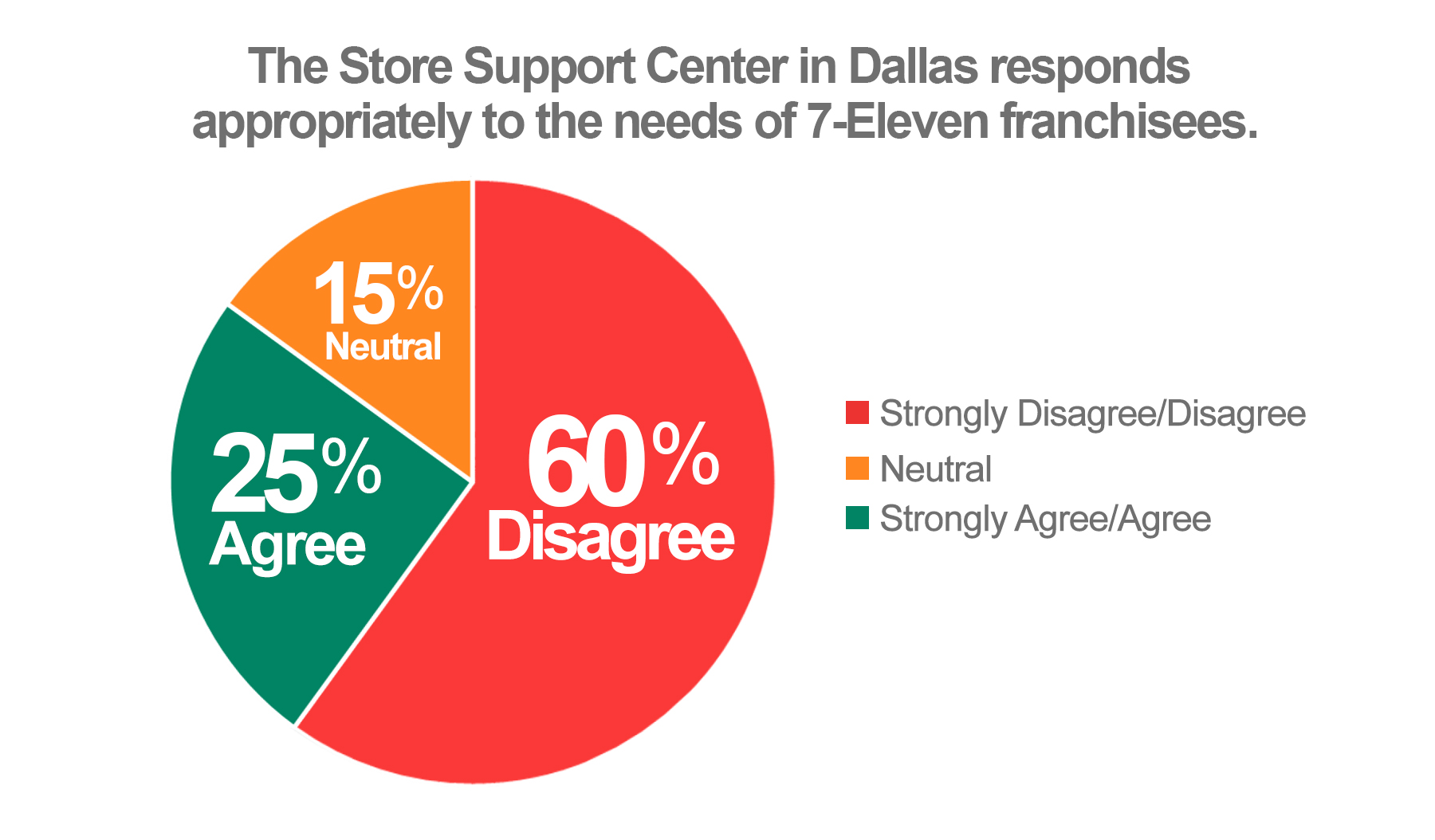 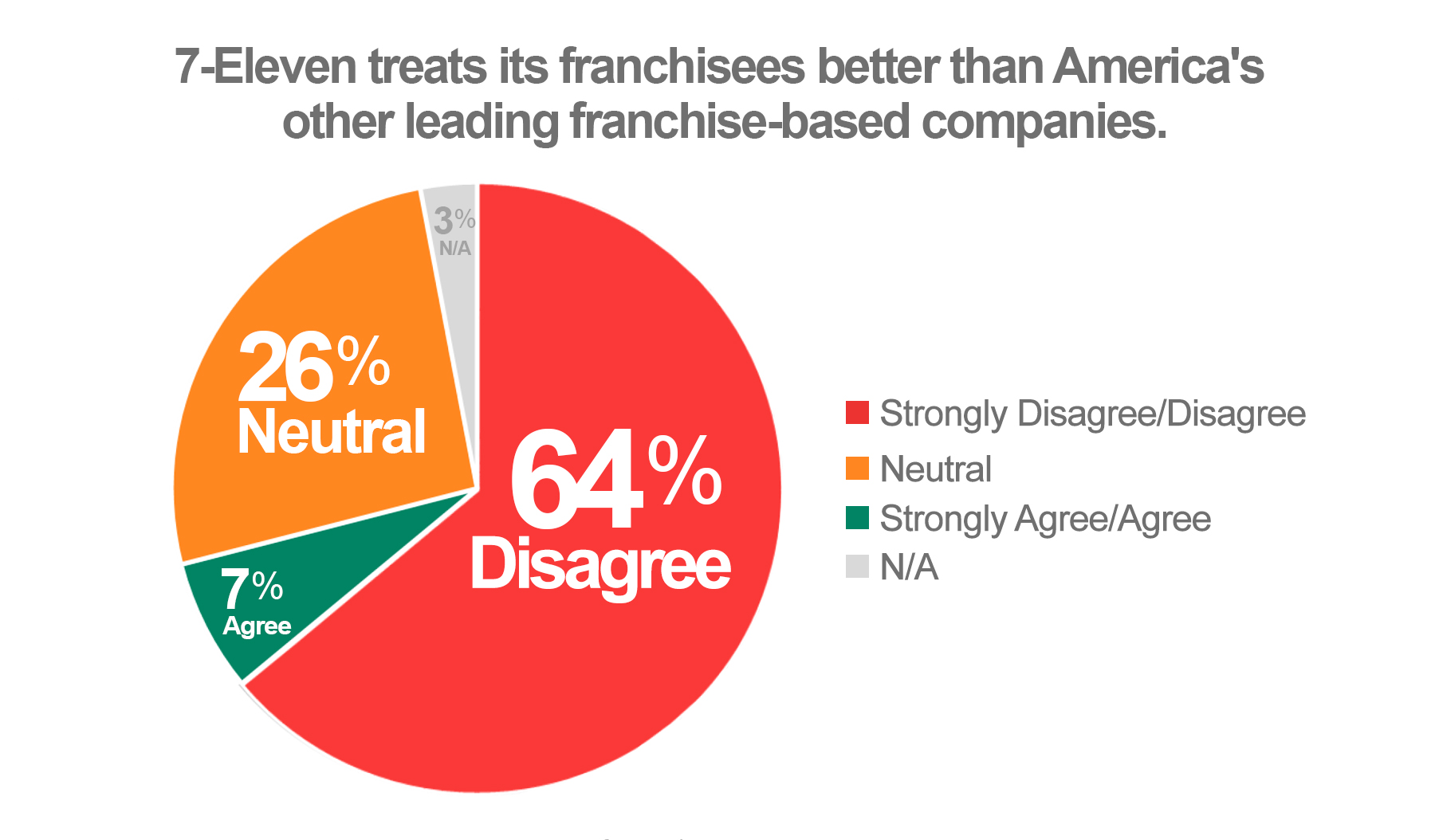 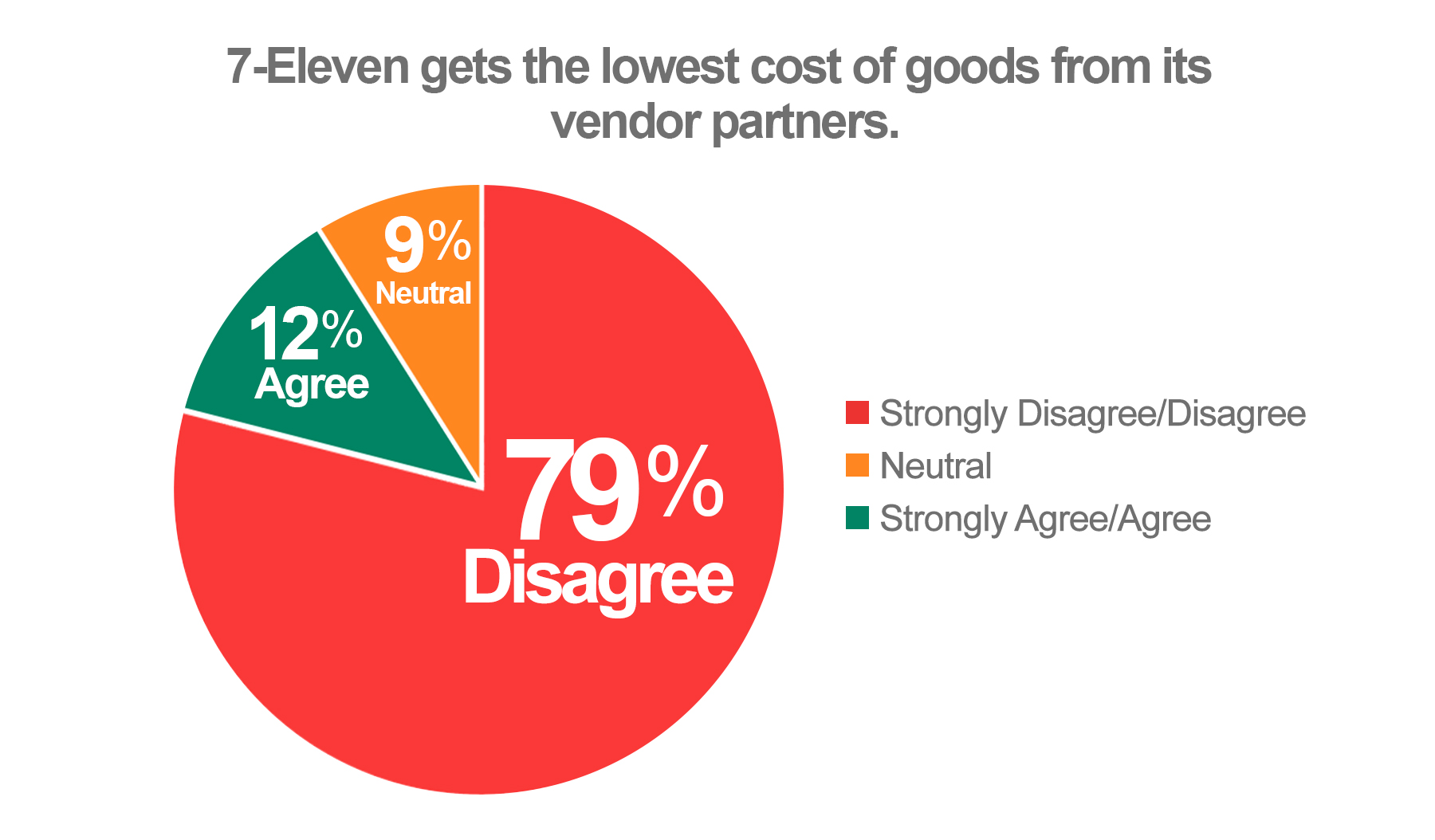 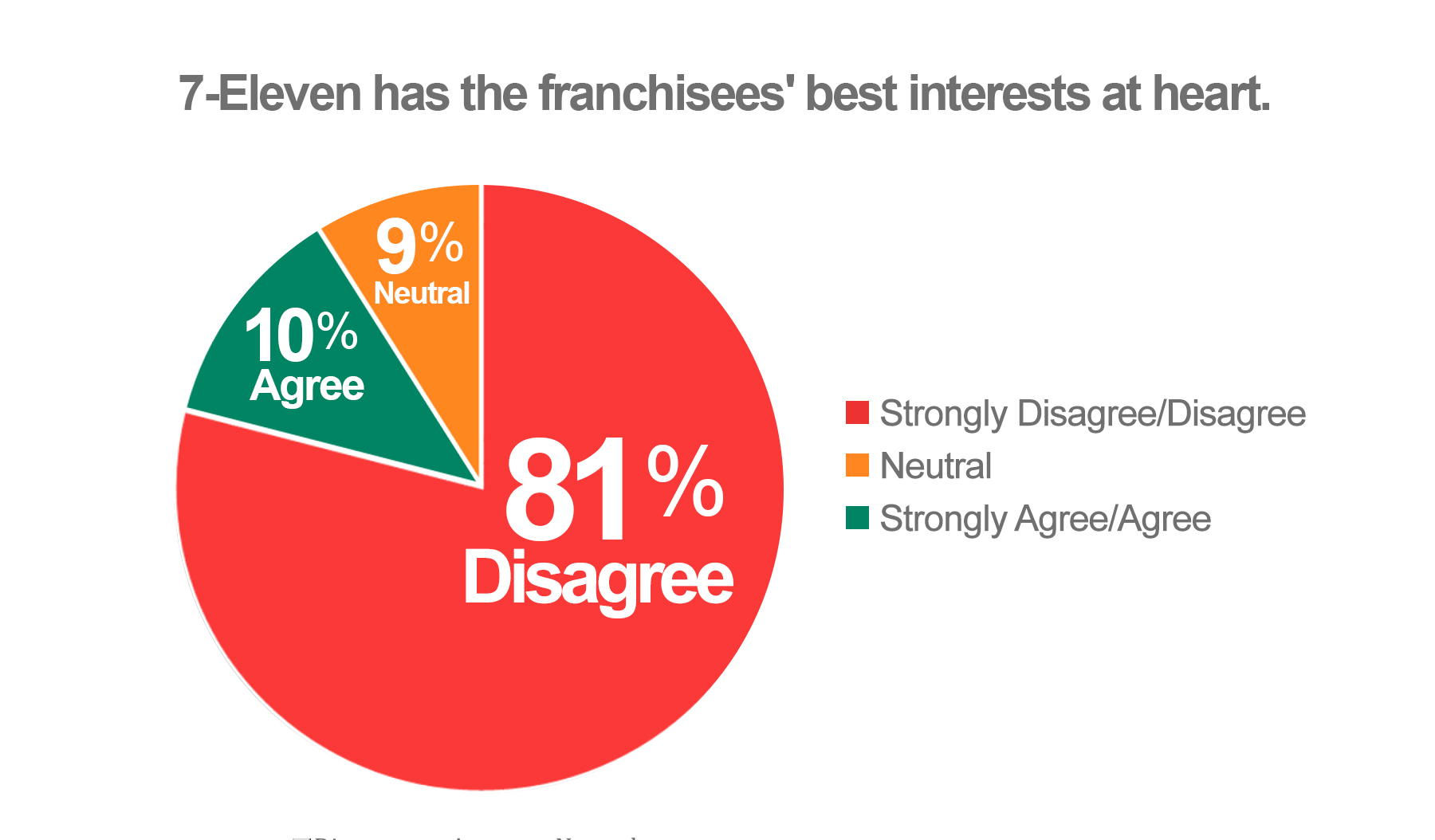 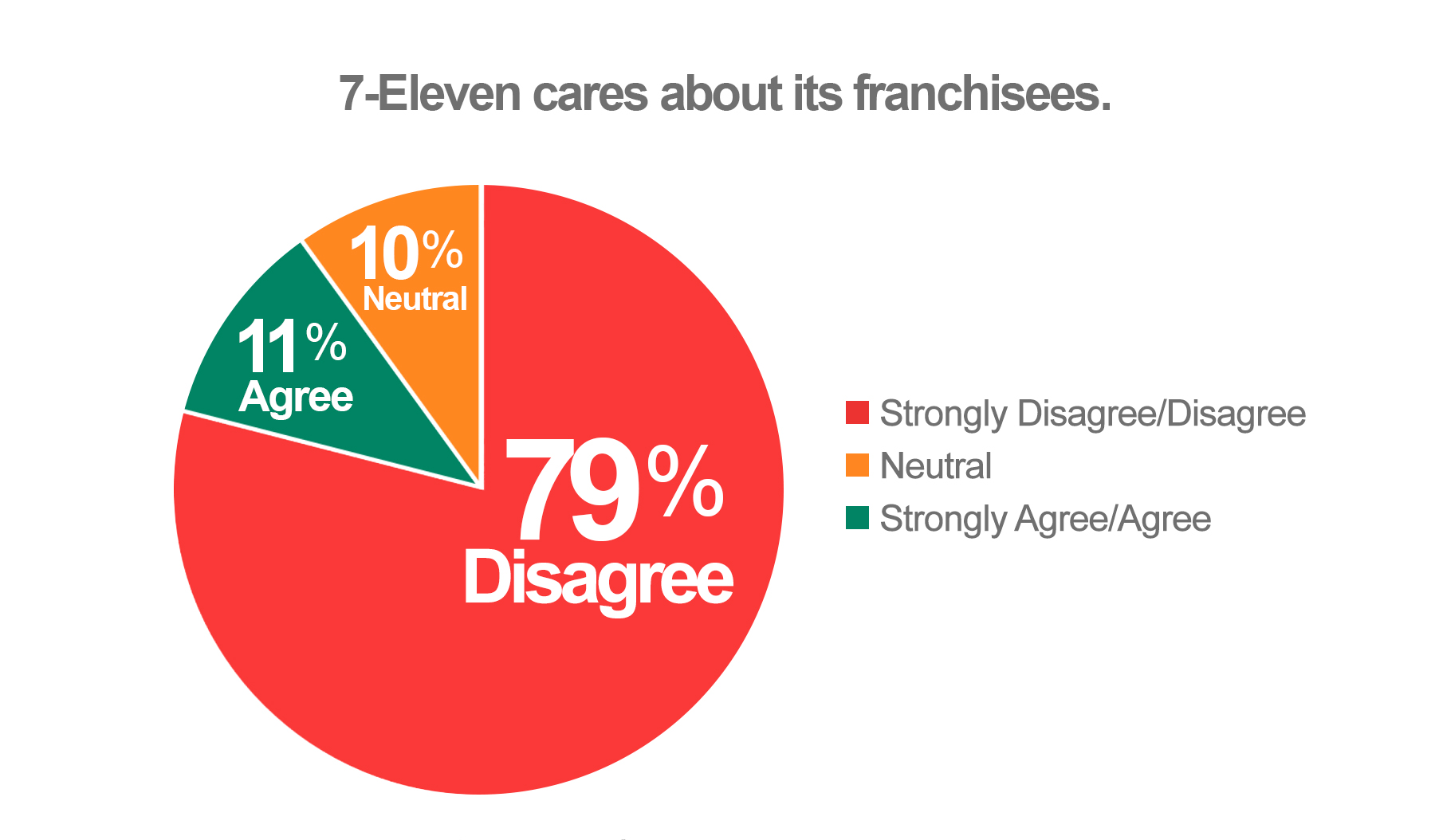 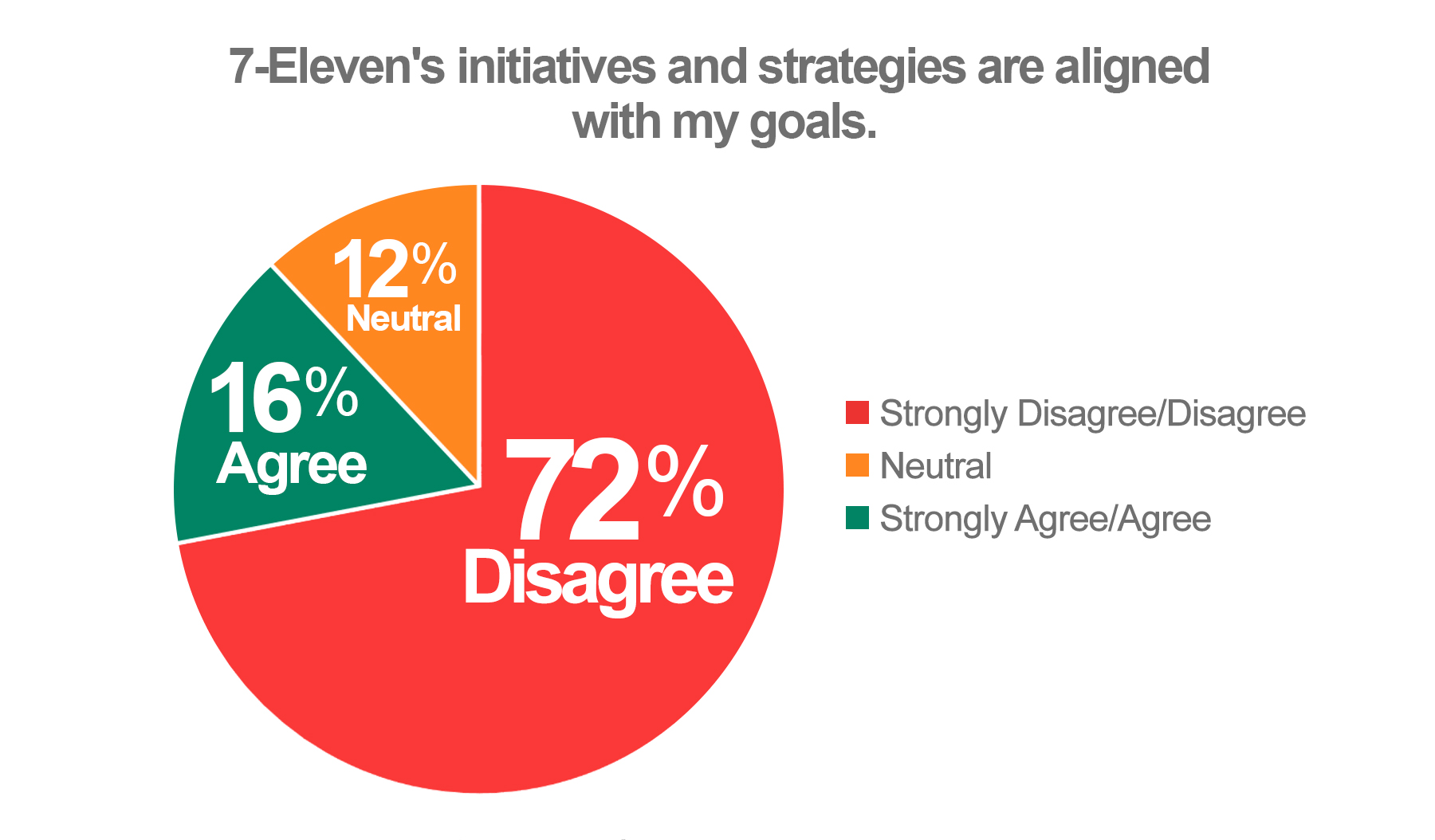 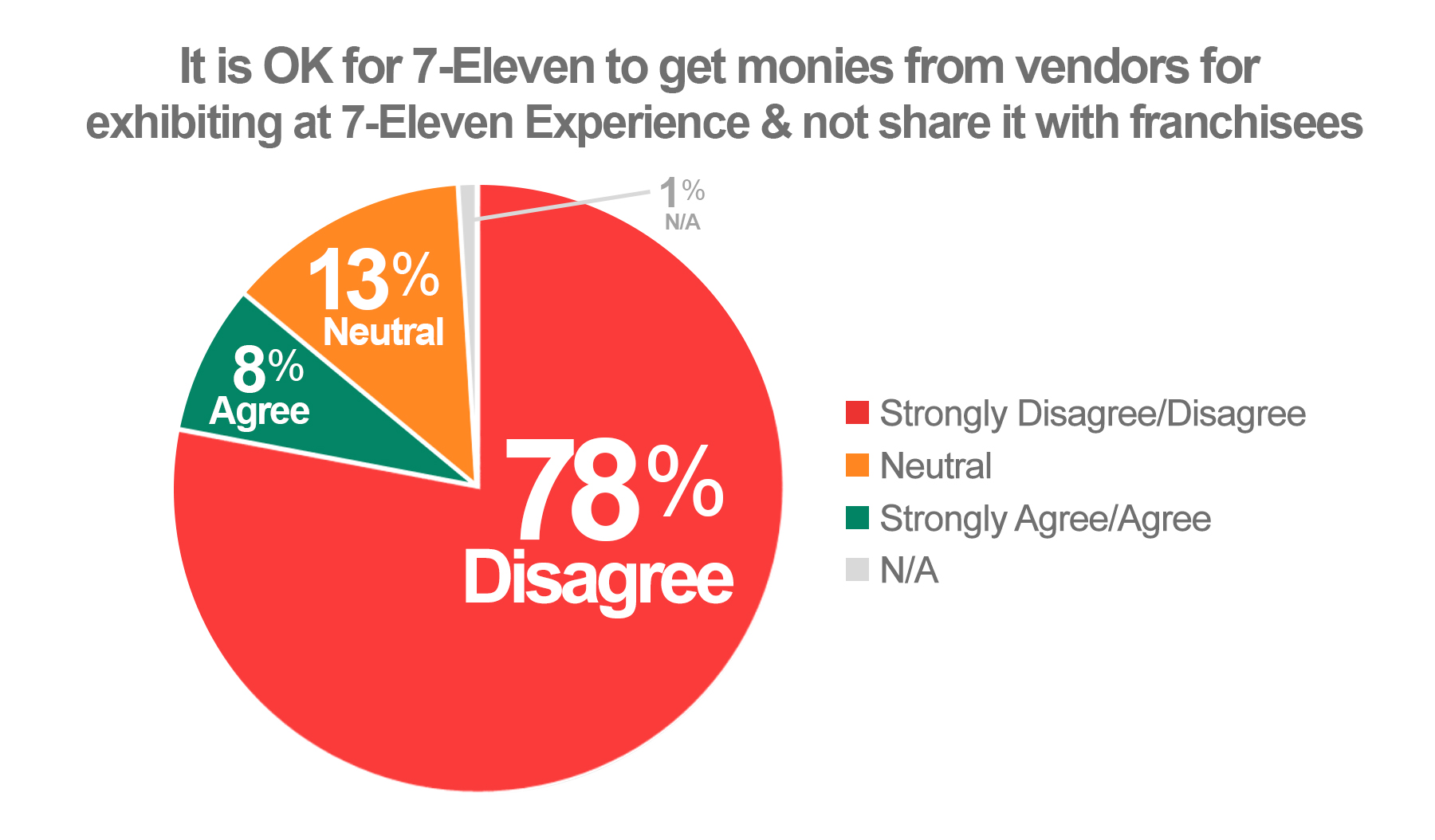 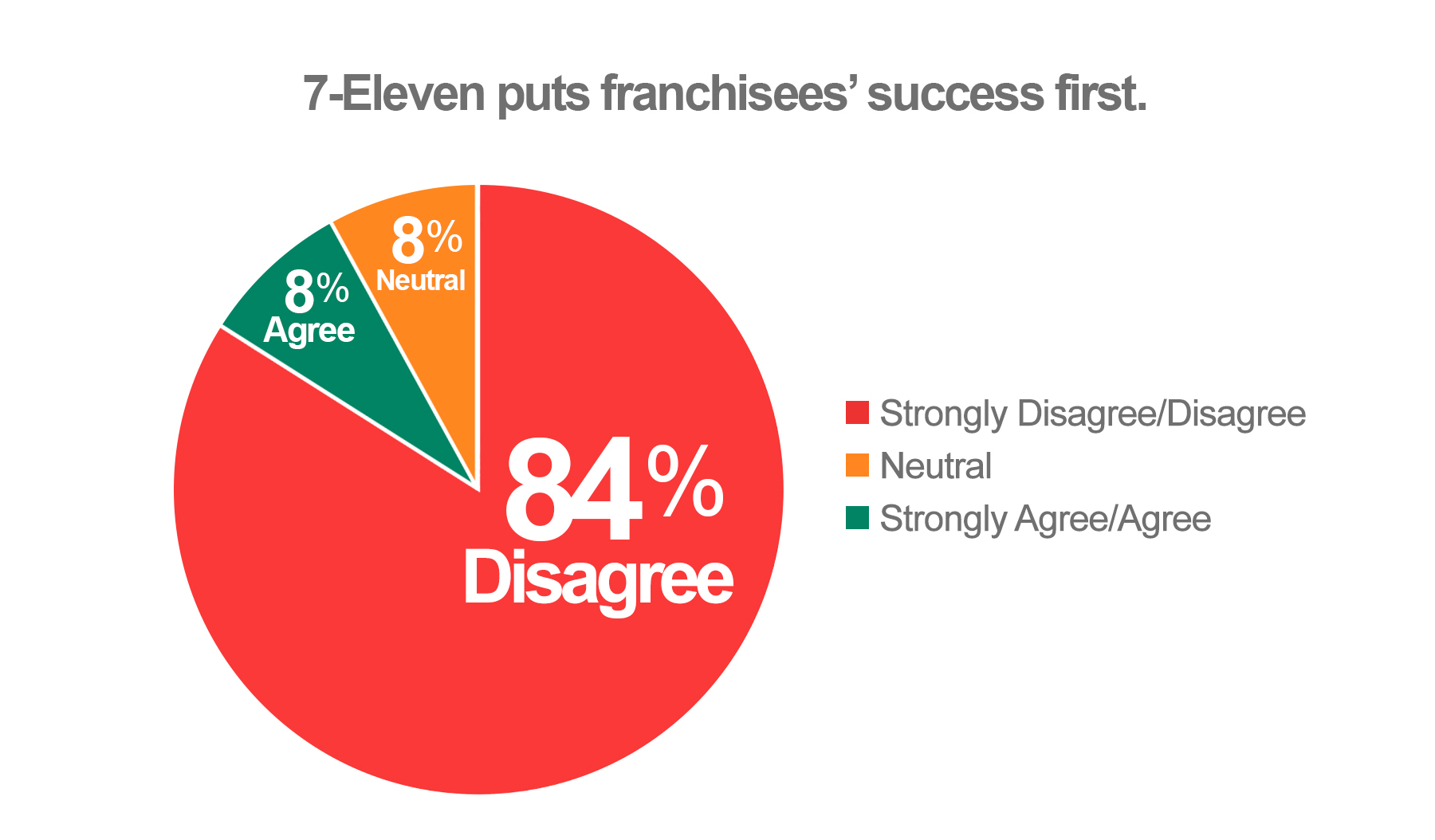 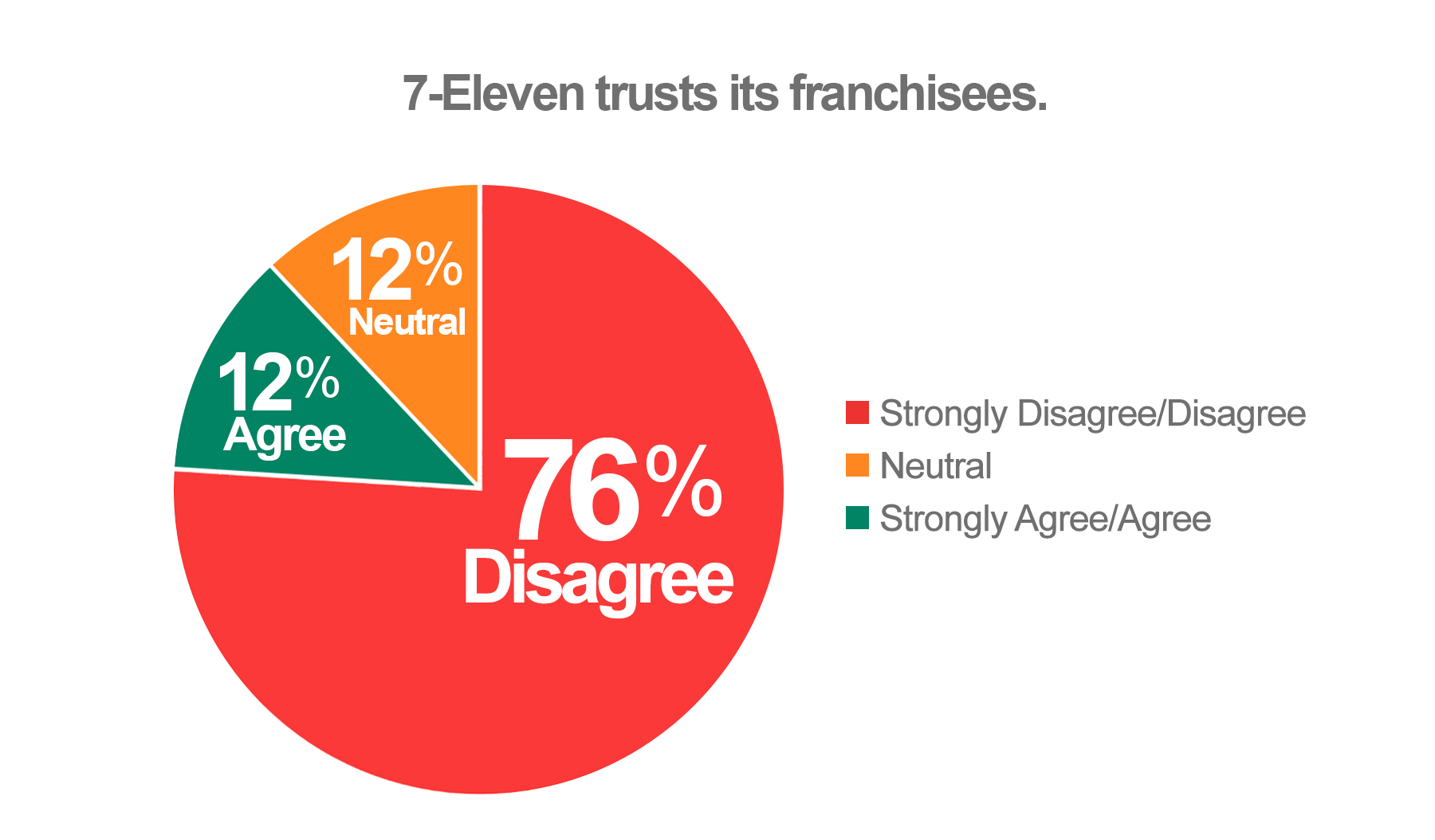 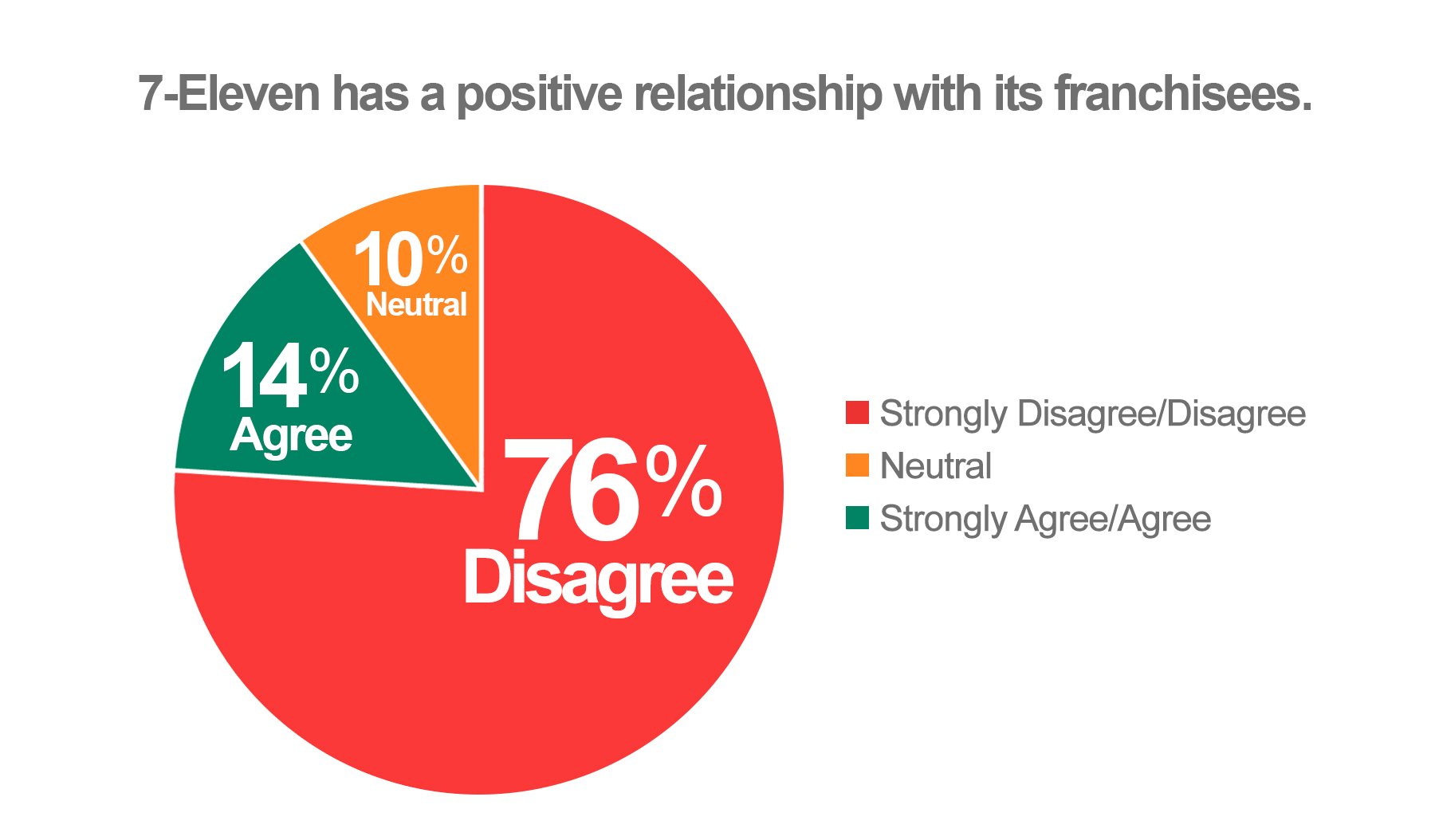 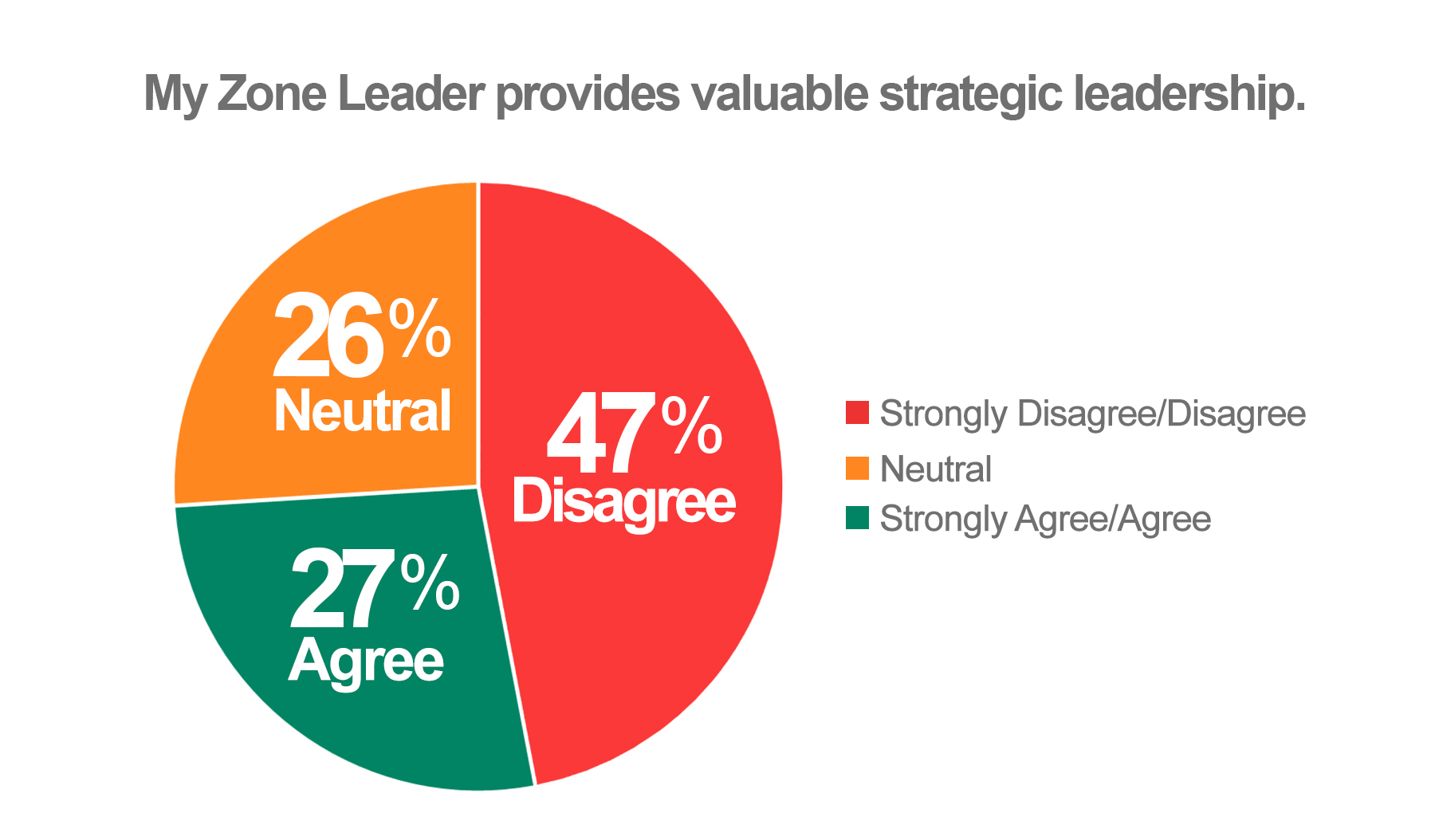 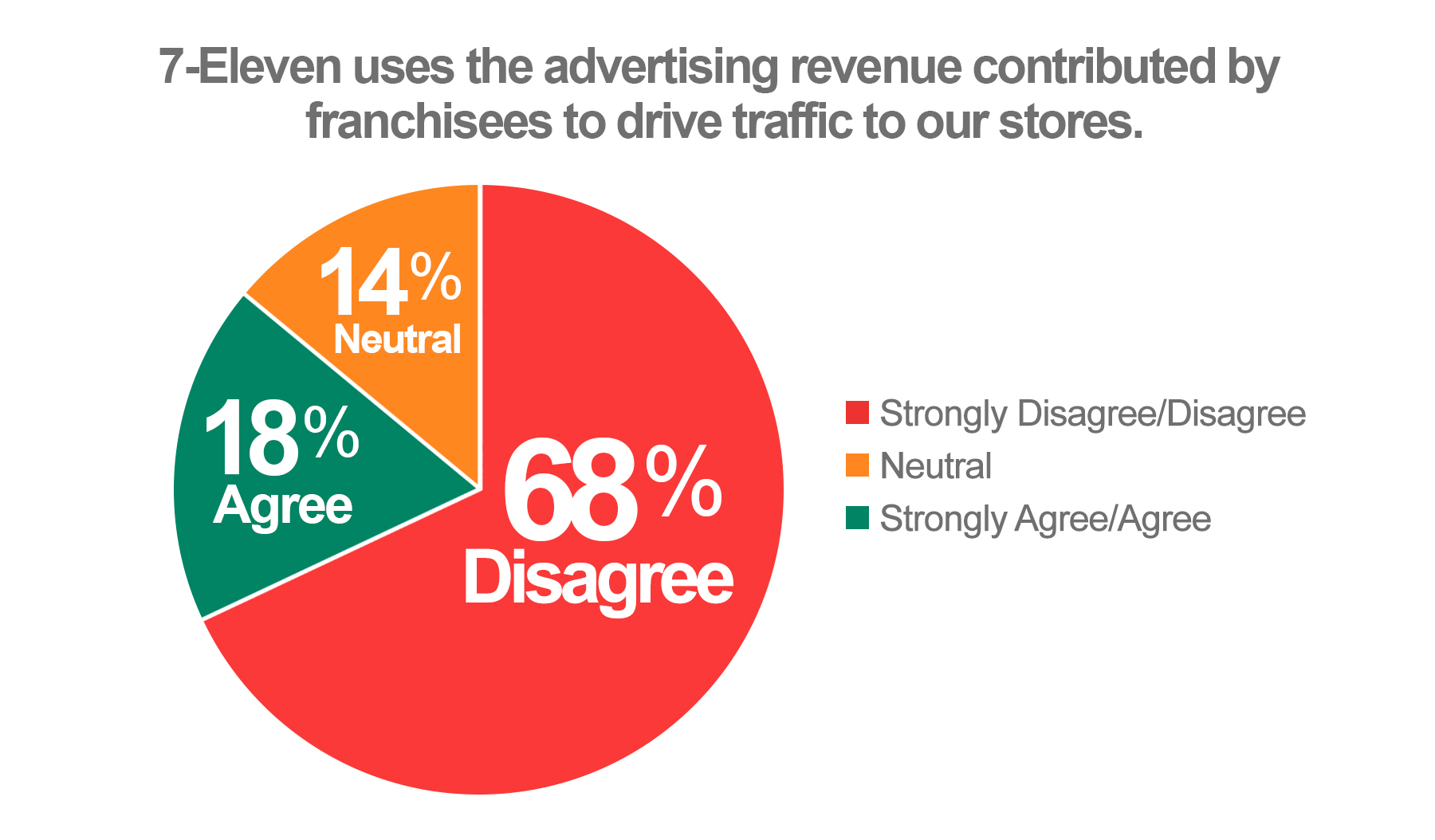 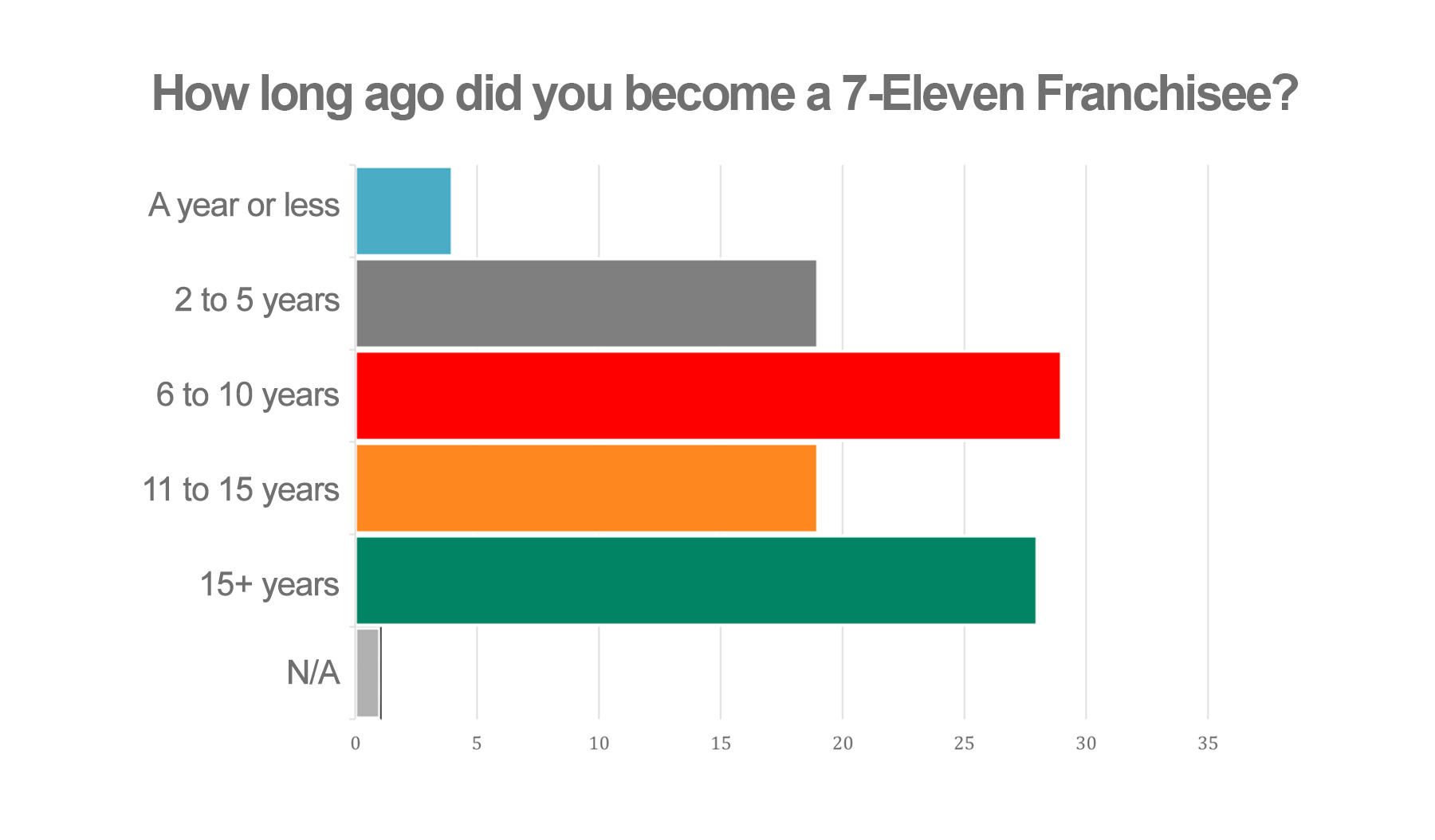 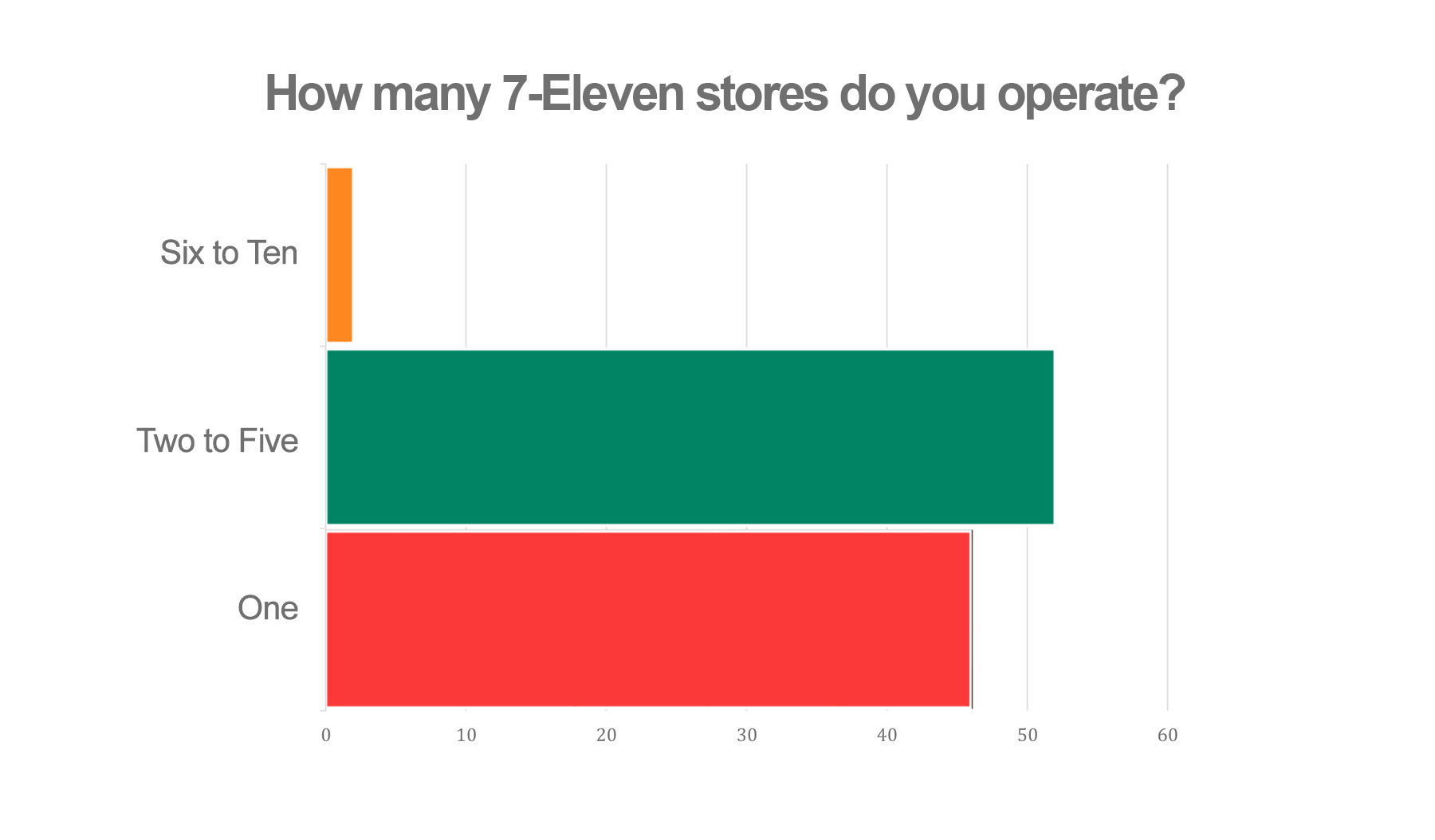